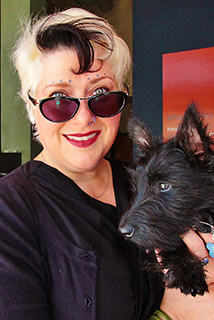 Lise Quintana, a rather fabulous and erudite friend of this blog, created a series of homeschooling prompts for movie-loving students that are compelling additions to your quarantine arsenal. Admittedly, reading these delicious morsels will make you wish you were friends with Lise too, but we can’t have everything.

Language Arts
Explore the concept of the Mary Sue in Captain Marvel, and contrast with the Larry Stu of Iron Man.

Social Studies
Discuss Iron Man 3‘s commentary on the notion that absolute power corrupts absolutely. Contrast it with any of the Captain America films.

Physics
Calculate the amount of thrust the Hulk needs to employ in order to push himself 250 feet into the air to pound Thor into a paste. The Hulk weighs 1200 pounds, and Sakar’s gravity is assumed to be equal to Earth’s.

Geography
Outline on a map of Africa a possible location for Wakanda. It must be in eastern Africa, contain mountains, one major river, and plains. It cannot contain a major city of any existing African country, and must be 185,000 square miles in size.

P.E.
Follow the training scenes in Captain America before Steve Rogers becomes Captain America. It just include running with a loaded pack, pushups, army crawl under obstacles, wall climbing, and climbing a flagpole.

Math
If each major character (Iron Man, Thor, Captain America, Black Panther, Captain Marvel, Star Lord) has 3 films, 1 spinoff film, and 3 films with a group of at least 3 other characters, how many possible Marvel films could be made?

Want to know more about the brains behind these prompts? Lise is pretty much all over the interwebs, but here’s a good place to start.