Jenny: Having Kids Early vs Having ‘Em Later 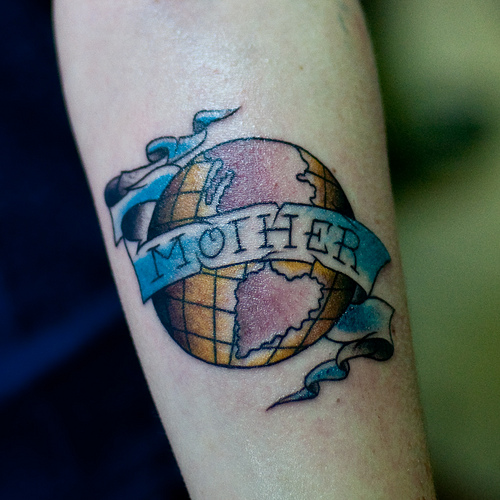 I had a very enlightening conversation last night — one of many, in fact — with my host here in Sydney, Ms. Jodie Ekert.

I first met Jodie many years back when we were both fresh faces on the stand-up comedy scene (not saying anything about the current state of our faces, mind you, I am speaking purely metaphorically…ehem) — we hit it off and when some many months later she came to town to perform and was looking for an MC, she called on yours truly.

Fast forward x years later and we’re now playing mummy club together in her suitably faboosh child-friendly pad — her bub 15 months, my little dude just a little older — and we found ourselves with a whole new level of common ground over which to chin-wag.

And so it was that the topic turned to the effect that having kids has on your life when you have them early in life versus later. And Jodie’s take on it was an interesting one to me, given that my experience of parenting has been quite different, at least in terms of the timing in my life.

You see, I remember very boldly proclaiming to somebody that “I’m not having kids til I’m at LEAST 33!”, not realising of course, that at that very moment, I was indeed, pregnant.

And once I’d overcome the initial shock of this unexpected twist of events, my first thought turned to all the things I’d wanted so badly to do with my life but hadn’t.

Carve out a career in showbiz.

Go to Nepal and hire a sherpa.

I was kicking myself for not having taken action before now: why hadn’t I just pulled my finger out and made these things happen when I had the chance? Now that I was going to be a mother, I’d have to just resign myself to those dreams going on the backburner for the forseeable future, if not off the stove altogether.

Then something in me snapped. I resolved — in my traditional melodramatic form — to absolutely NOT let this new stage of my life mean the end of the things I really wanted to do. I was so completely resolute in this, so determined to still make serious headway on even the maddest dreams and adventures in my heart that I think, to be honest, I actually became quite selfish.

I still believe I was a good mother in those early years, in that I cared for my kids, loved them to bits and made sure they were well looked after – but I also recognise now that I became so damn hell bent on achieving what I wanted to with my life that at times my mind wasn’t really present just to enjoy my beautiful babies right then and there, which makes me sad now especially as I realise how quickly those first years really do pass.

Would I change anything?

The flipside of this, of course, is that my kids have always known (and will always know) a mother who is at least trying — with various levels of success and failure — to look after her own needs and pursue her own goals, as crazy as they may be. Whether this turns out to be a positive thing for them, I can only hope. Time will tell.

Anyway, I am in typical Jenny-fashion, getting rather side-tracked here.

My point is that for me personally, motherhood at such an early age hugely impacted on the way I live my life (duh!) in the sense that it made me resolutely determined to carve out the life I’d barely even begun to live.

Jodie, on the other hand told me that she felt — as a first time mother at 32 — that her struggle was more about dealing with the sense of loss of the life she’d already had. i.e. the career she’d had, even friends she’d had – the difference between her and I being that I’d barely even begun to carve out my life when motherhood hit, whereas she had an established life that then had to change.

Let me hereby state for the record that both of us adore our little ones to bits and are so happy that they are in our lives — but it is fascinating to me the effect that becoming a parent has on your whole world.

It was only last night that I really thought about my own experience from a different angle.

That is, up until now I’d kinda thought at some level that maybe if I HAD done all the stuff I’d wanted to do pre-kids, even if I HAD waited til I was “at least 33” to have babies, maybe even if I HAD backpacked, treaded the boards and found my sherpa before embarking on the adventure that was family life, that the transition to “mother” would have been simple.

It’s now that I realise that’s just not so.

There’s never a “right time” to have a baby. They change your life no matter what.

And carving out a life for yourself is not just something you do in your early twenties — it’s a lifelong undertaking.

What do you reckon?