Jenny: How Limited Time Can IMPROVE Your Productivity (Part I)

by jennywynter on June 28, 2010
[Editor’s note: With delight, we introduce you to Jenny Wynter, Australian comic and mother of three, aka Comic Mummy. The post below is cross-posted from Jenny’s hilarious and insightful blog. Jenny has generously allowed us to republish several posts from her archives — enjoy!]

Many years ago, I had the amazing privilege of meeting the now-late Colin Thiele. Author of Storm Boy amongst other classics of Australian literature, Colin was arguably one of the most productive writers Australia has ever brought forth, having written countless children’s books, poetry, and more. 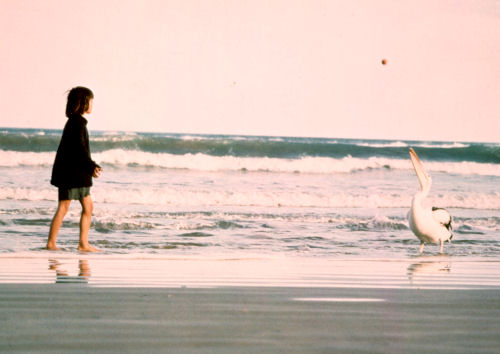 The thing that impressed me about Colin — aside from his incredible humility, warm humour, and way of putting you instantly at ease — was his unbelievable productivity.

In tandem with his writing achievements, he continued to work as a teacher his entire life — it was only at night, after classroom, marking and family duties had been put to bed (typically around 10pm) that he would begin writing. Without fail.

When I asked him what his biggest tip would be for me, a fledgling aspiring writer, he looked thoughtful. “Well,” he said, sitting back in his chair and looking upward, “I had a dear old friend who wanted to be a writer many years ago and one day he rang me up and he sounded most exasperated. ‘How do you ever get anything done?’ he asked. I asked him what he meant.”

“‘Well,’ he said, ‘by the time I start, the mailman arrives, then by the time I’ve sorted through the mail it’s time for morning tea, then I finally sit down and the phone rings…’ and he went on and on. And I said ‘Listen, if you want to be a writer, then you need to write. The art of writing is simple: it’s applying the seat of one’s pants to the seat of one’s chair.”

His words came back to haunt me, several years — and children — later.

There I was, sitting in my cosy, pine-wood smelling, tranquil little studio at Canada’s Banff Centre for the Arts. I couldn’t be happier. A world renowned destination for all manner of artistic disciplines and after months of planning, finally, there I was: beginning what would be four glorious weeks of a residency, without any of the distractions of child-wrangling or house-keeping, to spend writing my new solo comedy show.

Indeed, it was quite the picture of inspiration — through my studio windows I had a stunning view of the quintessentially picturesque Canadian forest, the ground was covered in feet of fluffy snow, I even glimpsed the occasional deer trampling through…and I had complete privacy (and limitless cups of tea) with which to play. 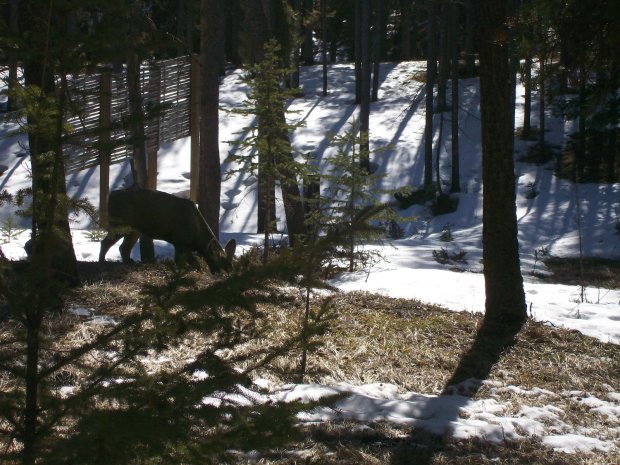 My resident passer-by at the Banff Centre

In other words, conditions were perfect.

Yet it took me a grand forty minutes to realise — to my horror — that when finally granted that terribly elusive dream of nothing but time to spend as I please, I wasted it with all the blatant disregard of an elderly person who’s never grasped the concept of recycling.

In fact, I quickly realised that when it came to inventing methods of avoiding creating (doing what I LOVE!), I was a complete and utter genius.

Just another cup of tea.

I struggled through and finally emerged from the retreat with a decent backbone for my show; (the bare minimum of work I’d set for myself, deeming the enterprise an official ‘success’), yet I couldn’t help but feel some sense of disappointment.

That I wasn’t more productive. That I didn’t make more of each moment. That the grand open space for creativity that I’d so long craved for, had only served as some sort of flag to signal an abundance of time to waste at my leisure — after all, in my luxury writers studio surrounds, the whole point was that I could get round to writing ‘whenever I felt like it!’

Well, fast forward twelve months and there I was: well and truly re-entrenched into the daily grind. Kids. Housework. And yes, writing, but only when — and if — I could squeeze it in.

And yet again I was confronted by the wasteful nature of my indulgent self when it comes to creative time.

By the time the day’s duties were done, I was so exhausted, so spent, so done, that the last thing I “felt like” was actually creating.

Even though I love it.

I would read, perhaps.
I would watch crappy television, justifying it by telling myself that part of the comedian and writer’s job is to stay abreast of popular culture (even now, as I write that I cringe, hearing my mother’s voice ringing in my ears “You should have done law!”).
I would think (oh, how I would think!) about the things I wanted to do.

But actually putting pen to paper, finger to keyboard, or even voice to Dictaphone? Oh, no! No! My hands were far too preoccupied slapping my forehead, in a melodramatic rant about all the creative things I intended to do “when I finally got the time.”

Until one day, something happened which made me realise not just how lucky I am to even be able to create at all — regardless of time constraints — but how much I truly NEED to.

That thing was a car accident.

I was lucky to be alive. I was lucky to be walking. Yet, as I began to process the overflow of trauma of what happened that day, I was slowly confronted by the dawning truth: from that moment onward, I had no excuses not to create.

In fact, I not only wanted to write about what happened and what was happening in my life, I needed to. I had to.

And so it began.

Every single day, without fail and without compromise, without excuses and without procrastination, the moment my little bubba went down for his nap, I would sit down at the computer and I would not leave. I had no expectations of what I would write. No agenda. No outcome in mind. Sometimes I would just write random thoughts, sometimes I would work on little nuggets of a screenplay, others I would sketch out the backbone of an article.

But the point is, I would write.

I kept going and going. If I finished one piece, I would start on another. I would write and write and would not stop until the little dude woke up. And given that this ‘end point’ to my writing session was so unpredictable its arrival at best, it eliminated the possibility of any clock watching on my part.

On the contrary, this flexible and unpredictable deadline made me all the more motivated — many days I would find myself hoping that he would keep sleeping just that little bit longer so I could keep it going.

"I'm only doing this for Mummy, ya know!"

And at some point during that first week of writing my way out of my hell-hole of self-pity, it dawned on me:

I am umpteen times more productive when my opportunity to do so is limited.

And I’ve also realised that no matter how much time I might think I have to write/create/perform, my time is always limited: by life.

Like my son’s waking time, the unknown date of my exit point from this earth is also unpredictable. And, as it turns out, can prove likewise to be extremely motivating.

I thrive under pressure. I produce under constraints. My limitations are in fact, my greatest allies.

*This is the first post in a series on this topic. Please, calm down.