So many books, so little time! Reading is one of the greatest pleasures in my life—and one of the few things I can do indefinitely without feeling like I “ought” to be doing something else. Reading supports many of my personal values and is one of the few forms of recreation I embrace wholeheartedly. I read widely, as I like to know what’s happening in various genres, and I listen to audiobooks daily—while walking, driving, folding laundry, exercising—while doing most anything physical that doesn’t require concentration or conversation.

Each year I set a target number of books to read and track my titles on Goodreads. Typically my target is 50 books. This year I hit 53, although the year isn’t over yet (I hope to finish Arundhati Roy’s The Ministry of Utmost Happiness before 2019; thus far I’m not liking it nearly as much as The God of Small Things, which is one of my all-time favorites).

I read a lot of books pertaining to racial justice this year, which is a primary area of interest. I also did some catching up on often-taught classics (such as I Know Why the Caged Bird Sings and Wuthering Heights) that I’ve long wanted to read or wanted to read more closely.

One of my favorite discoveries of 2018 is the poet David Whyte, who writes what I would call poetry-based self-development. Whyte lives in Washington State, and I had the opportunity to attend one of his live events last month. Believe it or not, poetry can actually be a seriously inspiring shot in the arm.

As a category, the very best books I read this year were memoir. I highly recommend all six of the titles in the category below. Below, I’ve segmented my 53 reads into categories and marked all of my favorites with an asterisk; books by friends or in-person teachers are marked with (RL) for real life, meaning that these books have an extra layer of personal relevance. I added a few “meh” tags to the books I struggled to get through.

If you’re a book freak like I am, please leave a comment with a few of your personal favorites of the year and any thoughts on the titles below! 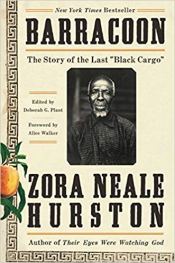 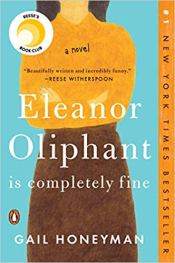 I look forward to learning your faves!

Apologies for dropping off the face of Earth. My first book, a textbook called “Natural Disasters and Catastrophes” is done (in quotes) and I’m now going through the mind numbing editorial process of getting all the figures, figure legends, tables, appendices, copyright permissions, etc. in order.  Though it is time intensive, it is so boring and dreadful, I haven’t wanted to live through it the first time, let alone relive it on this page and bore Miranda’s readers to tears.

But now I’m in the process of pitching another book, tentatively titled “Rotten Orange” about the Syracuse University Football Program.  I know NOTHING about football and I despise spectator sports, but I tutored the football players at SU for five years and in that time I was intimately acquainted with what the guys went through.  It was not fair that they were asked to do two very difficult full time jobs (athlete, scholar), accept no compensation, and handle fame and stardom like few other schools (Syracuse has no pro teams in the NFL or NBA or whatever, so the entire community was pro college sports like crazy).  I also saw what the coaches and academic support staff went through.

I’m mulling over how this book will go, but my rough idea is it will be marketed as the seedy underbelly of the SU program, but end up being a feel-good story about triumphing in the face of adversity, where the guys are now (many went pro, more did not), and reflecting on what a precious, special time it was for them. I’ll include race relations, politics of NCAA, romance, academics, and will have help with the sports side of things from my dear friend Dave who was an Earth Sciences major and starting defensive tackle.

I also plan to interview many of the guys, who are eager to have their stories told. But I’m going to take a sort of mother hen approach. My friends used to call my apartment “The Jenn Rivers Home for Wayward Football Players” because they would come to my apartment to feel safe and to not be treated based on their performance on the field (I gave then, and still give now, a flying eff about football games), just on the quality of their character and their academic performance.

I know this sounds scatterbrained right now, and it is. But I’m so excited to have another project, and would love to hear any feedback on this blog on what kinds of things you all think people would be interested in as I put the proposal together and start shopping it around. My friend at Wiley also said it would be a good idea to submit a few articles to newspapers and include them in a proposal. And then maybe flesh out the articles into chapters.

I hope you all have been thriving this past year, I’ve lurked and followed your creative efforts often.  I’m most impressed by the collective efforts of Creative Construction’s participants!